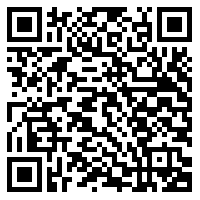 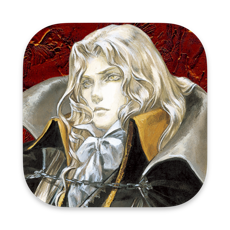 The gothic fantasy series available on multiple consoles is back! This time you’re looking at an original game exclusive to AppleArcade: “Castlevania: Grimoire of Souls”!

Immerse yourself in the rich world of Castlevania with the work of renowned artists from its long-running history – featuring character designs from Ayami Kojima and music by Michiru Yamane. Experience a new original story spanning the Castlevania universe!

“Castlevania: Grimoire of Souls” is a full-fledged side-scrolling action game. Experience a game with epic amounts of content including 60 levels, a wide variety of equipment, daily and weekly missions, and more! Set in a world after Dracula has been sealed away, the pages of a new story bringing together heroes of the past have begun to turn…

Play as Alucard and unlock other legendary characters such as Simon Belmont, Charlotte, Shanoa, Maria and more to come! Master each character’s unique combat style to annihilate fearsome enemies and bosses!

A new story has been added. Rein in the grimoire's chaos and gain a new ally. Claim up to 14 additional login bonuses during the winter holiday event.

Note: The following parameters' limits have increased due to the update.

Special login bonus added during the event period, in which you can claim rewards up to 14 times. Plus, season order coins can be traded at the Event Market for rewards. Take on the Winter Holiday order and get new equipment, special holiday-themed outfits, and more!

Note: Only the special login bonuses are limited time offers. You can continue to playing the Winter Holiday order and exchange season order coins.

- "Flashbacks" have been added to the Compendium. Re-watch event scenes you've seen before whenever you want.

- "Record" items have been added that allow you to replay more songs under "Music." You can get records by completing newly added cumulative missions.

- "Very Hard" has been added to orders.

- "Level 4" has been added to the Enhance, Training, and Treasure Books in the Trials.

- A "Play Again" button has been added to the result screen shown after clearing quests, allowing you to re-play the quest with the same characters.

- A "Start Over" button has been added to the Pause/Continue menu.

- A new badge under "Dispatch" to show when a dispatch has been completed.

- A new badge under "Orders" to show when a season order is underway.

- A new badge to the equipment icon, to show when enhancement is possible.

- Date changes are now performed at noon according to your device's time zone.

◆Balance adjusted.- Inventory limits for some items, such as Elgos Coins, have been increased.

- There is no longer a countdown when choosing whether to continue. Additionally, you can now continue even if you have less than 1 minute remaining.

- Fixed an issue in which the contents of Treasure Chests could not be obtained while Charlotte was using Flight.

- Fixed an issue in the "Ash Banquet" grimoire quest 4-1,in which both the player and Wyvern no long received any damage after certain weapon skills were used on Wyvern.